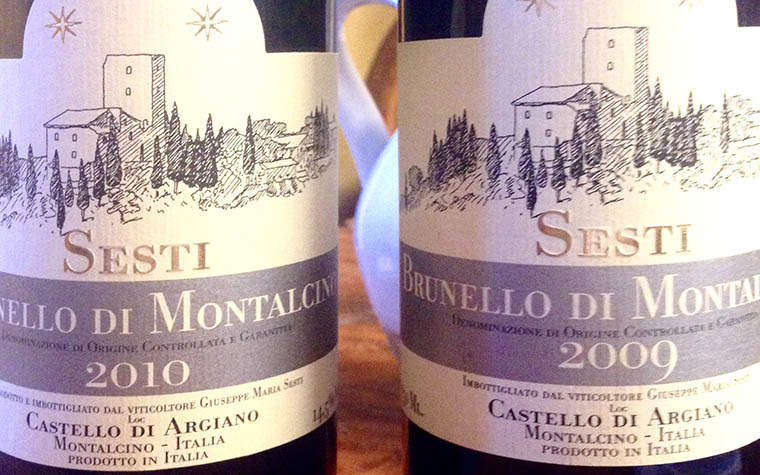 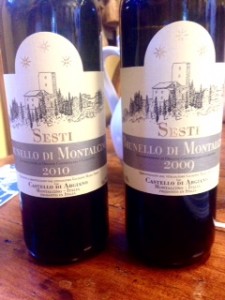 I’m just back from a brief trip to Tuscany, where I spent a few days visiting vineyards and exploring the diverse nature of Sangiovese, a grape variety with which I’ve always struggled. Not that I don’t like Sangiovese – I’m rather partial to its perfume and its spine of acidity, as it happens – I’m just not terribly good at picking it out of a line up of other grapes.

Four days on the ground in its Tuscan homeland hasn’t helped much, to be frank. The grape takes on as many disguises as a master spy, depending on where it comes from, whether it’s blended with other grapes, and the constraints imposed by its producers, that I still struggle to come up with a working definition that would allow me to say, with any great degree of certainty: ‘That’s a typical Sangiovese’.

Never mind. I still found some truly impressive wines while I was there. But impressive is one thing, drinkability is another thing altogether, especially in Montalcino, where power and ageability are more often rewarded than grace. That’s why I particularly enjoyed my visit to Sesti, located at the spectacularly beautiful Castello di Argiano.

The property (which can be visited by appointment) is a postcard-perfect Tuscan estate, perched high on a hillside. It comes complete with a brick-built church and a crumbling tower that overlooks the vineyards that sprawl over the valley beneath. When Giuseppe Maria Sesti, a writer on the history of astronomy, bought the estate in the mid-1970s, he had no intention of making wine. However, his word-perfect English made him the ideal person to translate for visiting dignitaries at a time when Montalcino’s renown was growing. Bitten by the bug, he planted his first vineyards in 1990.

These days, Sesti’s wines (made by Giuseppe and his talented daughter, Elisa) are among the most sought-after Brunellos in the region. My visit here was the last tasting of my trip, and we sat in the winery’s cosily informal tasting room and sampled a range of bottlings from recent vintages. I liked them all, but if pushed I’d probably have to choose one of the Brunellos, rather than the Rosso (although I wouldn’t kick the Rosso out of bed, so to speak). I found it difficult to choose my favourite between the Brunello di Montalcino 2010 and its sibling, the 2009 – in my opinion, the choice depends on the drinking occasion.

2010 is a much-lauded vintage, and Sesti’s version showed great complexity of aromas, with a nose reminiscent of the dried grasses and herbs (fennel, mint) that surround the property, as well as sour red plums and a hint of spice and liquorice. Its a sinewy, lithe wine with a good deal of supple, rounded tannins.
The 2009, in contrast, is prettier and more perfumed. It has an eloquent bouquet of fresh flowers, fennel and sandalwood, and even though the finish is perhaps a little light, it has great elegance and freshness. There’s something Burgundian about the wine, at least in terms of the balance of aromatics and structure.

Both are beginning to drink well now, especially if poured into a generously sized glass, but will age for at least a decade (and the 2010 will probably hang on in there for an awful lot longer).

I felt quietly smug throughout the tasting because, on the advice of a friend, I’d bought three bottles of the 2010 when it was released earlier this year. I opened one on Thursday night, when I had some friends (two wine writers, a chef and various spouses among them) round for dinner, and we all agreed that it was the wine of the evening. It worked particularly well with our main course, a slow-cooked leg of lamb marinaded in Middle Eastern spices, being both robust enough to take on all those rich flavours, while also being crisp enough to cut through the lamby, fatty richness. I’m just beginning to regret that I didn’t buy six bottles rather than three.
My rating:

(see here for a guide to my rating system).