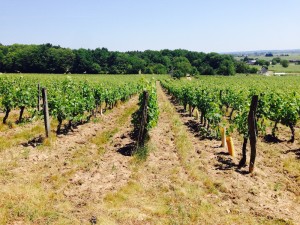 Later this morning, my MW mentees and their fellow classmates will be about to begin their first year tasting exam. This time last week, I might well have hoped that they would have at least one Cabernet Franc in the 12-glass line up. You know where you are with Cabernet Franc – it has incredibly distinctive aromas of green bell peppers, rather crunchy tannins and crisp acidity. Or at least that’s what I thought until I spent a couple of days in the Loire, Franc’s heartland, last week. Now I have to admit that I’m less sure that I know what Cabernet Franc looks like.